BBC filming crew comes under russian fire in the Donbas 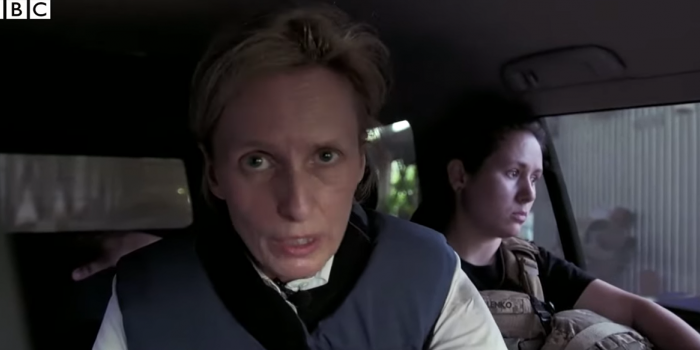 BBC correspondent Orla Guerin, along with her filming crew, came under russian fire in the Donbas, ВВС reports.

When the shelling began, the journalists hid in an armored car.

"We just had to take more cover, get more protection inside our armored car, there was an incoming attack. The troops say it was a cluster bomb, and it landed less than a mile away. Now, the last half an hour or so there have been constant warnings about incoming fire, we had to run and take cover, the troops have taken cover, and we have heard plenty outgoing fire," the journalist said.

"It is very clear that the war in this area is extremely active, and the russians are trying hard to push forward," said Guerin.

Ukrainian troops told her that the russians had taken the experience of defeat near Kyiv into account and were now covering the Donbas with artillery fire. However, they are not going to stop resisting, because, as serviceman Ivan put it, russia has already seized Ukrainian territory half the size of Italy.