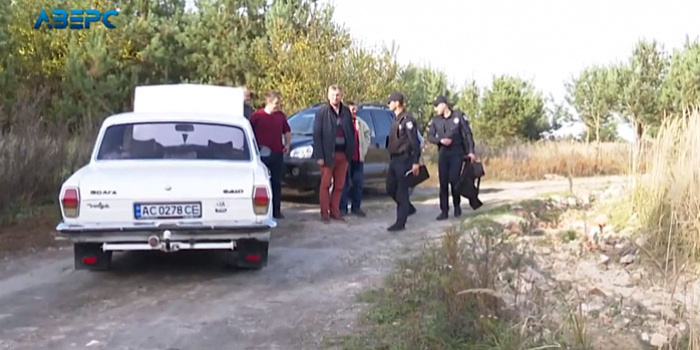 Some unknown persons barred the way to the Avers TV crew, as they were shooting septic tanks of Volodymyr-Volyn Poultry Factory. They did not allow the journalists to leave the scene as well. As the Avers reported it in its news block on October 15.

The TV crew was filming the reservoirs the poultry farm was using to drain the waste. Suddenly, two cars arrived, and some unknown persons blocked them the way.

As Natalya Polishchuk,journalist with Avers, told, the men who got out of the cars refused to give their names. “They forbade us to shoot: this was, as they said, private territory. <...> Our car was blocked. In order not to get troubles, we locked ourselves in the car. Two cars were put across the road. We signaled to the strangers and asked them to clear the way - there was no reaction from those persons, ”the journalist said, adding that the unknown persons did not tell them what they wanted the journalists did.

Because they refused to let them go, the journalists called the police. The police, as Polishchuk noted, arrived in 40 minutes. The camera filed the complaint.

As the main specialist of the communications department of the National Police of the Volyn region Oleg Plazovsky told the regional representative of IMI, the police was considering the issue of criminal proceedings to be instituted or not (under part 1 of Article 171 (obstruction of legitimate professional activity of journalists) of the Criminal Code).

“The employees of a local television company went to film a story, as the incident occurred. Some two cars arrived to the spot and blocked them the way. On October 15, the patrol officers were called to the scene. Thus, it was duly recorded in the unified crime and offenses log. Actually, the issue of institution of criminal proceedings under Article 171. Part 1 (obstruction of the legitimate professional activity of journalists) is to be considered. The fact-checking as to this fact is on”, he said.