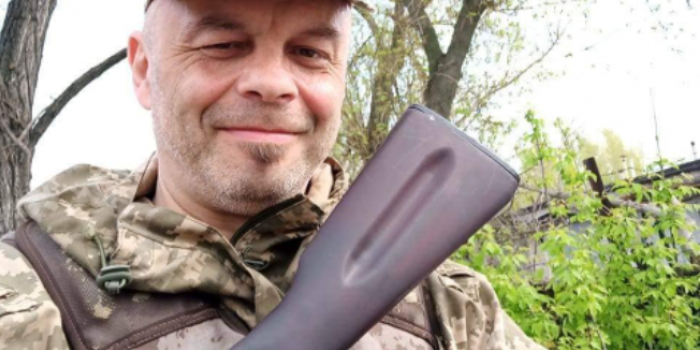 This was announced on May 18 by his wife Olena Kits on her Facebook page and by Avers channel.

"I ask for sincere prayers for the recently departed Lord's servant Kostyantyn, who died heroically defending our Ukraine," she wrote.

She also wrote that his parents are having a very hard time dealing with his death.

According to the channel, Kostyantyn Kits has been on the frontline from the very first days of the full-scale russian invasion of Ukraine.

“It is known that on March 7 they were deployed to Cherkasy region, because that is where the brigade was being formed. He was the clerk there. Lately, he has been fighting near Severodonetsk," the channel said.

This is not the first time that Kostyantyn Kits has gone to defend Ukraine. In 2014-2015, he had fought in the east, and with the beginning of the full-scale russian invasion of Ukraine he went to the frontline again.