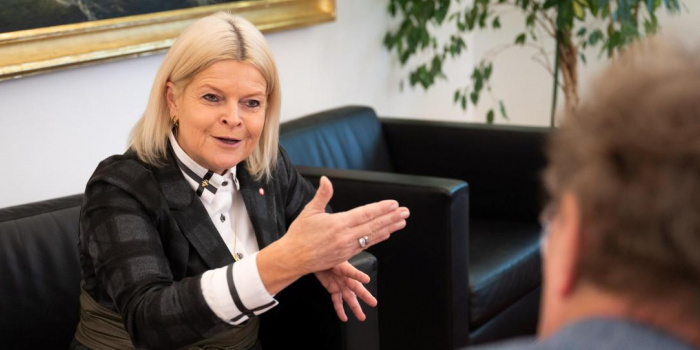 There is a very high probability of a blackout in the European Union, because "for Putin, hacker attacks on Western power grids are a tool of hybrid warfare."

Austrian Federal Minister of Defense Claudia Tanner said this in her interview with the German Die Welt, Ukrinform reports.

"The probability of a blackout in some parts of the European Union in the near future is very high. The question is not whether it will occur or not, but when it will occur. The risk of widespread power outages has increased significantly again due to the war in Ukraine: for Putin, hacker attacks on Western power grids are a tool of hybrid warfare. We should not pretend it's just a theory," Tanner said.

With this in mind, she stressed that it is necessary to "prepare for power outages both in Austria and in Europe."

According to Tanner, the state has been consistently informing their citizens of the threat of a blackout in Austria since 2020.

"Police, firefighters, civil defense unions, and military personnel regularly conduct joint exercises, sometimes municipalities and schools are involved as well. We distribute small leaflets ('Blackout – What's Next?') everywhere in public places; these leaflets contain advice on what to do in case of a power outage and how to take the appropriate measures, such as stocking certain food, in time," said Tanner.

She added that the Austrian army regularly does blackout drills as well. “We are investing a total of €180 million until 2025 to expand 100 so-called self-sufficient barracks, which have enough energy supply and can run self-sufficiently for at least two weeks. Furthermore, 12 barracks are being expanded as 'safety islands' so that they can be contact spots for civilian helpers and law enforcement agencies in the event of a crisis," the minister added.

We remind you that the President of Ukraine, Volodymyr Zelenskyy, said that Russia was targeting the Ukrainian power grid and wants to achieve a blackout in Ukraine, so that it has at least some "victory" in Ukraine and "a defeat of Europe and our entire democratic resistance" to declare.