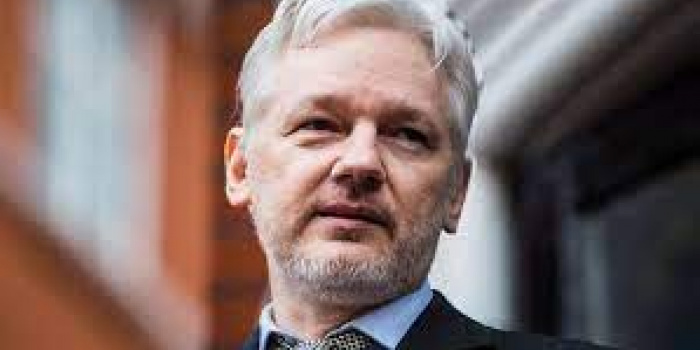 The revelation from Stella Moris comes days after a British court cleared the way for the WikiLeaks co-founder to be extradited to the US, as Al Jazeera reported.

The jailed founder and publisher of WikiLeaks Julian Assange had a mini-stroke during his battle to avoid extradition from Britain to the United States, his fiancee Stella Moris said late on Saturday.

On Friday, the US government won an appeal at Britain’s High Court over the extradition of Assange, who faces spying charges over WikiLeaks’ publication of secret military documents a decade ago.

Moris, the mother of Assange’s two young children, said it happened in late October on the first day of a US government appeal against a ruling blocking his removal.

“Julian Assange suffered a stroke on the first day of the High Court appeal hearing on October 27th,” she tweeted.

In an interview with British newspaper Mail on Sunday, she said the WikiLeaks publisher was struggling and she feared the mini-stroke “could be the precursor to a more major attack”.

“It compounds our fears about his ability to survive, the longer this long legal battle goes on,” she added.

“It urgently needs to be resolved. Look at animals trapped in cages in a zoo. It cuts their life short. That’s what’s happening to Julian. The never-ending court cases are extremely stressful mentally.”

The United States wants to put Assange on trial for WikiLeaks’ 2010 publication of thousands of top-secret military documents about the US wars in Afghanistan and Iraq.

US prosecutors have indicted Assange on 17 espionage charges and one charge of computer misuse.

The charges carry a maximum sentence of 175 years in prison.

In January a district judge in London blocked Assange’s extradition on the grounds that he was a suicide risk if transferred to US custody, seen as a victory by many of his supporters.

However, on Friday, the US government won the appeal, meaning Assange may now be closer to being sent from London’s high-security Belmarsh prison to the US.

Assange’s lawyers say they will take the case to the Supreme Court.

His lawyers have previously raised concerns about the effects of his lengthy incarceration on his physical and mental health in a bid to halt the extradition.

Assange spent seven years in Ecuador’s London embassy until 2019 after jumping bail in connection with sexual assault allegations in Sweden.

He was then jailed for 50 weeks for breaching bail in that case, which was later dropped, but detained ever since on the grounds he was a flight risk.