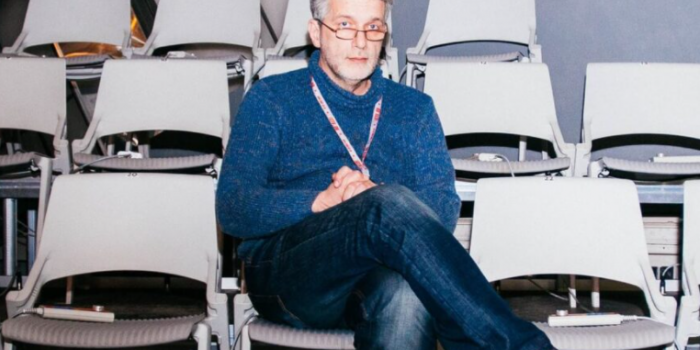 Andriy Kulikov, co-founder of Hromadske Radio and Chairman of the Commission on Journalistic Ethics, was robbed and beaten in Kyiv on January 7. The incident took place on Victory Avenue.

Two unknown persons approached Andriy Kulikov and asked him for a cigarette, according to police. As the journalist refused, they beat him, took away 3,000 hryvnias, his bank card and a mobile phone.

The victim reported the incident to the police. Within hours, police found and detained two robbers at a hostel. They turned out to be a 23-year-old natives of Mykolaiv and Volyn regions, the first is currently on trial for robbery, theft and drug trafficking and the latter is currently charged with theft.

Police are investigating the involvement of two other people in the crime.

The Investigative Department of the Shevchenkivskyi Police Department probe the case of robbery (Part 2 of Article 186 of the Criminal code). The Shevchenkivskyi District Court of Kyiv is to chose pre-trial detention for the defendants. The sanction of the article envisages up to six years of imprisonment.

"One hit the victim, they started threatening him. The man gave them his money, but it was not enough for them, and they also “kicked out” the PIN code to the bank card (and the card itself), and later forcibly took away his mobile phone, "- as it was reported by Kyiv Operativny.

Andriy Kulikov said to Detektor Media that the incident was not related to his professional activities.