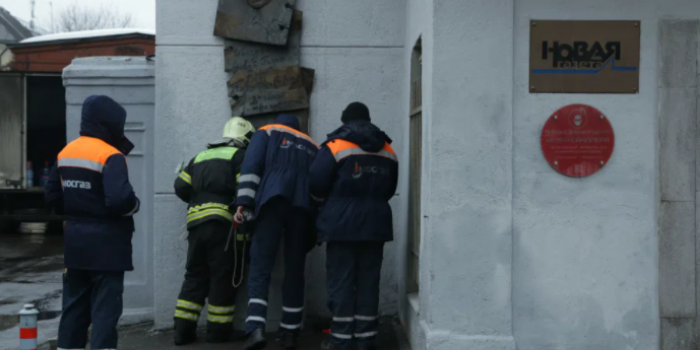 The Russian investigative newspaper Novaya Gazeta reported an acrid chemical odour at its editorial office in Moscow on Monday that it believed was the result of an attack, though the source of the smell was unclear, as Reuters reported.

No one was reported hurt, but the paper said personnel from the emergency services, Interior Ministry and Federal Security Service were on site.

Novaya Gazeta, which was set up after the breakup of the Soviet Union, and its reporters have for years been subjected to intimidation and attacks since the paper began investigating official corruption and rights violations.

One of its most prominent journalists, Anna Politkovskaya, was assassinated in 2006, after notably exposing abuses in a war in the southern Russian region of Chechnya.

In a statement on its website, the newspaper said the odour was similar to that of an unidentified gas sprayed on the home and car of Yulia Latynina, one of its journalists, in an attack in July 2017.

Past attempts to intimidate staff have included the placing of a ram’s head and a funeral wreath outside the office, as well as a white envelope sent through the mail containing an unidentified white powder, the paper said.