Accreditation for trip to Bucha opened for journalists 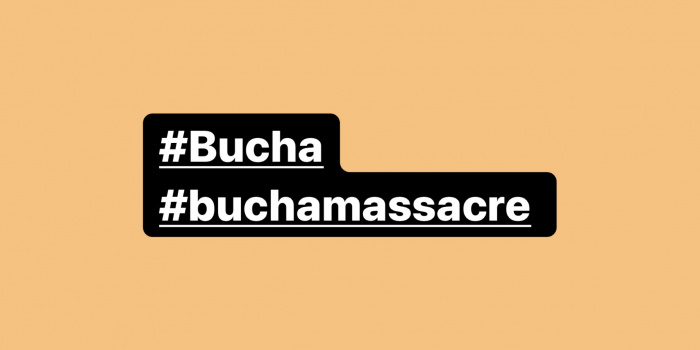 Accreditation for the journalists for trip to Bucha has been launched by the Department of Communications of the Ministry of Internal Affairs and the Department of Information Support and Access to Public Information of the Kyiv City State Administration. The trip is to take place on April 5. Bucha has been liberated by Ukrainian troops on 2 of April.

Departure is scheduled for 10:00 a.m. on April 5 from the metro station "Zhytomyrska" by bus, return - at 4:00 p.m. No private cars are allowed. During the trip, they want to show journalists the work of units of the State Emergency Service of Ukraine to demine and eliminate ammunition in the zone of ​​active hostilities, as well as the evacuation of Bucha residents to Kyiv.

To do this, it is indispensible to be accreditated by the Armed Forces of Ukraine and to dispose personal protective gear (helmet and body armor vest) marked "Press".