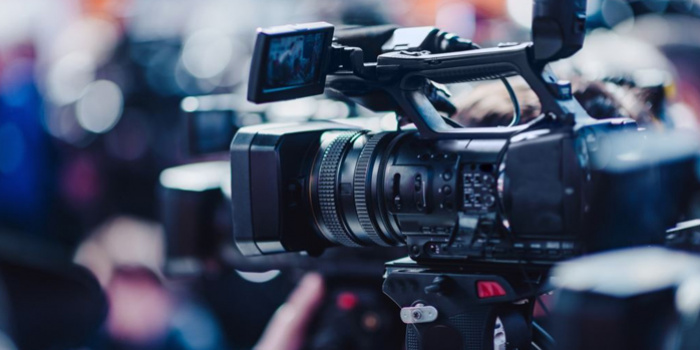 In the 3rd quarter of 2019 (from July to September), the IMI experts have recorded 75 incidents of violations of freedom of speech in Ukraine. Of these, 53 cases involved physical aggression against journalists.

These are the findings of the monthly monitoring held by the Institute of Mass Information “Freedom of Speech Barometer for September”.

In total, since the beginning of 2019 IMI has recorded 191 cases of violations of freedom of speech in Ukraine.

Three categories in top position during the third quarter were cases of obstruction of journalistic activity - 27, threats (15) and cyberattacks (9) .

In particular, one of the aggravating factors was the election to the Verkhovna Rada which took place in July. The IMI experts have revealed several violations related to the coverage of election campaign and violations of the very process of expression of the will. In particular, members of election commissions have been obstructing and threatening the journalists. For example, in Poltava, they forbade to the photographer with “Zmist” Bogdan Proskurov to take pictures at the polling station, even after he showed his press card.

In Bakhmut, Donetsk region, several members of the election commission prevented from work the journalist for “Free Radio” Diana Sharodi, who had revealed the fact of violation of the votes counting procedure by the commission. In Odessa, journalists of Hromadske were not allowed to get in the polling station, and in Pokrovsk, of Donetsk region, the election commission forbade the press to attend its meeting.

After the massive dismissal of hundreds of employees in protest against censorship on ZIK, TV channel, the trend to apply censorship was on there. In particular, employees of ZIK TV channel were banned from covering the protest rally on July 2 at the Independence Square. However, despite the ban, the editor-in-chief Igor Krymov aired the rally of protest against the registration of some candidates. After that Igor Krymov was prematurely suspended from his duties.

A particular attention was drawn to the Press Secretary of the head of state Yulia Mendel, who pushed away the journalist, namely, in order not to let him approach her boss. At least three journalists have declared having been victims of such attitude of the presidential spokesperson - Serhiy Andrushko and Christopher Miller journalists with Radio Liberty, and the journalist for “Livy Bereh” Natalya Shimkiv.

The unethical and offensive behavior of the spokesperson of the head of state was highly criticized by the journalistic community, several associations made its statements. In its statements, the Media Movement and Initiative 34 asked Volodymyr Zelensky to respond to the actions of Yulia Mendel and dismiss her. But the President responded with one phrase, "Did you push anyone, Yulia, didn’t you?"

Generally speaking, during the third quarter, the IMI experts recorded eight cases of beating, five cases of restrictions of the access to public information, three cases of censorship and legal pressure (in particular, the court blocked access to the platform for bloggers Enigma.ua and to dozens other sites), two cases of indirect pressure and attacks on media editorial offices ( Ukrinform and 112 Ukraine ) and one - damage to property of the journalists.

In particular, the cameraman of the Odessa Channel 7 Andriy Kulba became victim of such an attack : someone about whom the TVcrew was filming a story, spayed pepper gas jet into his eye, he suffered burns to both forearms, neck, face and eyes; Vinnytsia journalist Andriy Kachor was hit in the head from an unknown person, after he answered affirmatively to the question whether he had written about pro-Russian blogger Anatoly Shariy; in Kharkiv, forestry workers attacked the 112 Ukraine TV crew while they were filming the story about forest theft.

IMI revealed violations of freedom of speech in 18 regions of Ukraine during this period. The undisputed anti-leader by the quantity of violations is Kyiv (34), then it followed by Odesa (7 cases), Mykolaiv and Poltava regions - 5 for each, and Donetsk (4). In other regions, there were three, two and one cases.

The Institute of Mass Information conducts monthly nationwide monitoring of freedom of speech based on the following categories: physical aggression, censorship and access to information, economic and political pressure, legal pressure and cybercrime against the media and journalists. Only cases related to freedom of expression and professional journalistic activity are included in the monthly report. You can read more about the methodology here .