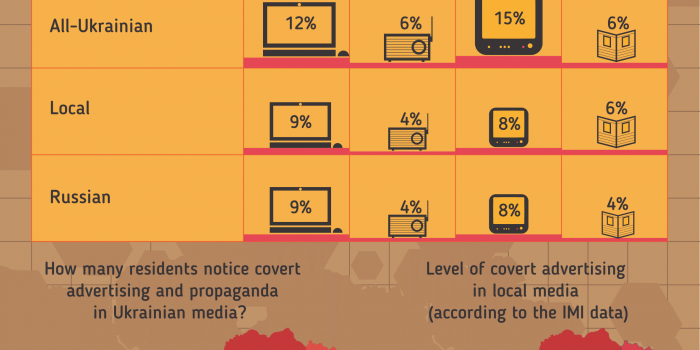 15% of TV viewers in the South and the East of Ukraine noticed  covert advertising, propaganda or biased materials on the all-Ukrainian TV channels, and 12% of the Internet users — in all-Ukrainian online media outlets.

These are the results of the survey of residents of eight oblasts of the South and East of Ukraine, which was conducted early in the year 2017 by the company GfK as commissioned by the Institute of Mass Information with the support from the Ukraine Confidence Building Initiative (UCBI) and USAID. 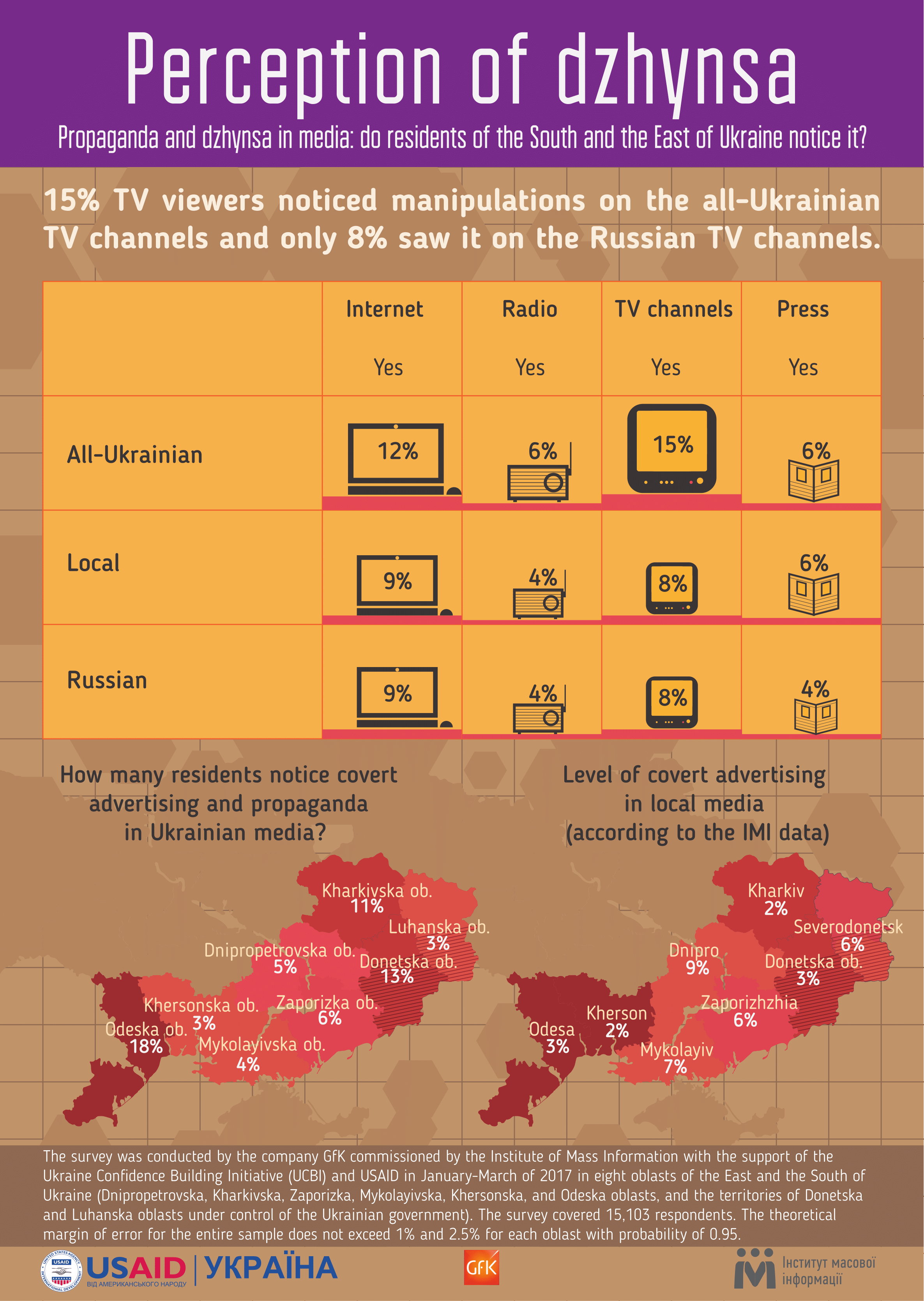 On average, in the perception of the surveyed, incidence of «dzhynsa» has somewhat reduced compared to the end of 2015, when the local elections were held. Then, covert advertisement and manipulations were noticed by 18% on central TV channels and by 16% – in all-Ukrainian online media outlets. Expanding of the research in 2017 to two more oblasts (Mykolayivska and Khersonska) did not have a significant impact on this tendency.

The survey was conducted by the company GfK commissioned by the Institute of Mass Information with the support of the Ukraine Confidence Building Initiative (UCBI) and USAID in January-March of 2017 in eight oblasts of the East and the South of Ukraine (Dnipropetrovska, Kharkivska, Zaporizka, Mykolayivska, Khersonska and Odeska oblasts and the territories of Donetska and Luhanska oblasts under control of the Ukrainian government). The survey covered 15,103 respondents. The theoretical margin of error of the entire sample does not exceed 1% and 2.5% for each oblast with probability of 0.95. The first wave of the research was conducted in November 2015 – January 2016 and covered 13,830 respondents in six oblasts of the East and the South of Ukraine (all listed above, except for Khersonska and Mykolayivska oblasts).

For seven years imprisonment sentenced torturer of Maidan residents
Blogs
Sanctions against Medvedchuk’s TV channels. The first estimates
Do you want to be first to learn about the new research of the Institute of Mass Information? Subscribe to the newsletter!