12 journalists in Minsk released from custody 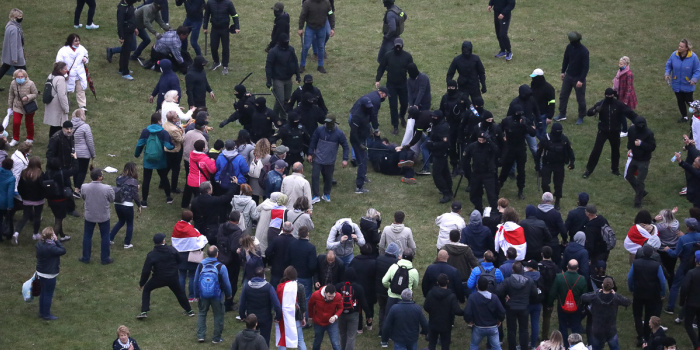 In Minsk (Belarus), 12 journalists who had been detained in a protest rally, were released from police custody on October 11, as Interfax-Zapad reported.

“At night in Minsk, 12 journalists who were placed in custody in the Zhovtnevy District Department of Internal Affairs were released. Administrative reports were drawn up for arrest resistance and in the near future, the court will considered it, ” as the Belarussian Assciation of Journalists (BAJ) said in its message.

Several journalists had their mobile phones and cameras confiscated.

According to the BAJ, Dmytro Mickiewicz, journalist with the Polish TV channel Belsat, and Ilya Dobrotvor, political activist who was present at the rally as a journalist and covered it, remanded in custody.

"Both were sent to detention cemter in Okrestin street and they will be tried," the association said.

It will be recalled that on October 11 in Minsk during the "Pride March" the police proceeded with massive detentions, protesters clashed with security forces, the water cannons and light and noise grenades were used against the protesters. More than 30 journalists have been detained across the country.