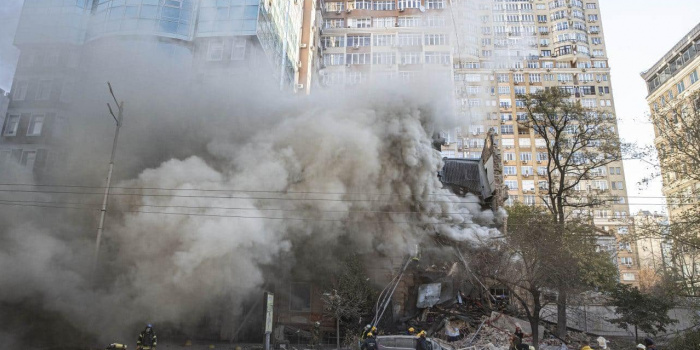 "Breakfast with 1+1" presenter Yehor Gordeyev reported that an Iranian drone launched by Russia on October 17 in the morning hit his apartment in the capital's Shevchenkivsky district.

He posted a photo of the house on his Facebook page, ТSN reports. The photo shows what happened to Gordeyev's apartment.

Yehor himself was not at home. During the air alert, the presenter descended into a shelter.

"I saw drones exploding and falling over the roof, went down to the underground cafe for some soup. Terrorism is about fear. To overcome fear is to overcome terrorism," the presenter wrote.

It will be recalled that on the morning of October 17, Russia launched a massive attack on Kyiv with Iranian kamikaze drones. As a result of the Shahed-136 attack, a residential building in the Shevchenkivsky district of the capital was damaged. 18 people have been rescued from the house. So far, we know of one dead woman.

The Kyiv City Military Administration announced that as of 9:00 a.m., four kamikaze drone strikes were recorded in Kyiv.