Every fourth news item in the regional online media (25%) is a reprint of press releases. At the same time, news written by the journalists themselves accounts for no more than 10.5% of the total of news in regional online media. These are the results of the monitoring the NGO "Institute of Mass Information" conducted in 10 regions of Ukraine in January *. 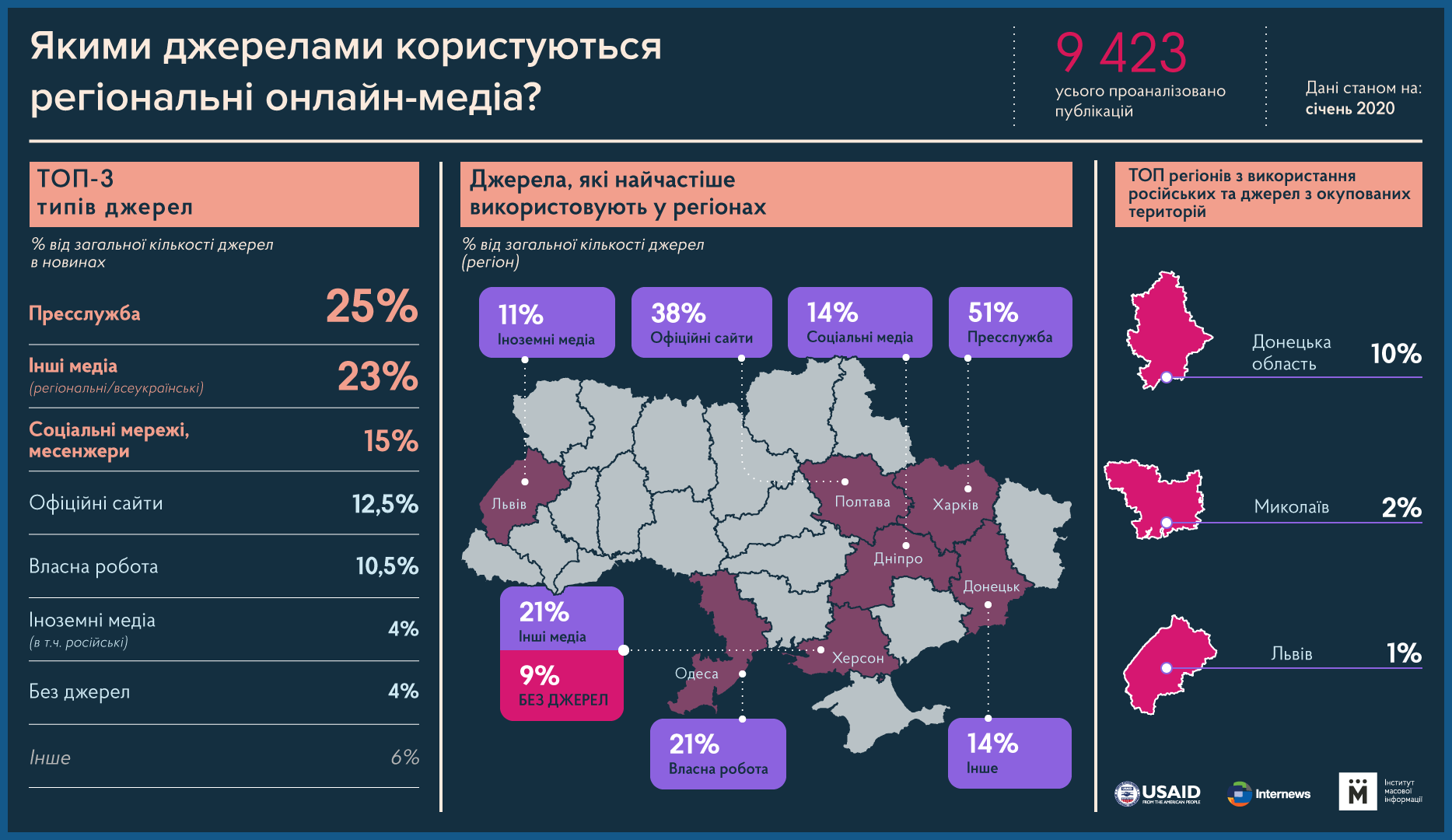 According to the results of the monitoring, the online editions served as source of information as well: other Ukrainian media (23%), social networks and messengers (15%), official web-sites of government bodies (12.5%), foreign mass media, in particular Russian ones (4) and other sources were used in 6% of editions.

According to this IMI study, some of the regional online media also use mass media and official sites in the Russian Federation and temporarily occupied territories as sources of information. Most of such news were published in Donetsk (10% of the total number of sources of news in the region), Mykolayiv (2%) and Lviv (1%) online editions.

* 9423 news and 9534 sources of information from 50 regional online media in 10 regions of Ukraine (Volyn, Dnipro, Donetsk (Mariupol), Lviv, Mykolaiv, Odessa, Poltava, Kharkiv, Kherson, Cherkasy) were analyzed. Only the news from the news feeds of the online mass media got to the monitoring: nor articles, neither journalistic investigations, analytics, blogs, author's columns, announcements, etc. have been analyzed.

The monitoring methodology included an analysis of the number and types of news sources that were published in the newlines of selected online media from January 13 to January 17, 2020 inclusive. In general, during the monitoring period, the following sources of information have been analyzed: its own information, social networks / messengers, official websites, other (national-wide / regional) media, foreign media (in particular, Russian ones), press services, without sources being cited, etc.

Monitoring was carried out in mass media, as it follows:

This research was made possible thanks to support of the American people provided through the USAID Media Program in Ukraine, implemented by the international organization Internews. Content is solely the responsibility of the Institute of Mass Information and does not necessarily reflect the views of USAID, the US Government, or Internews. 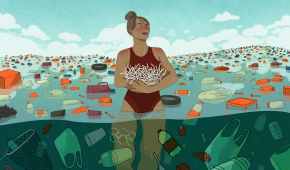 Compliance with professional standards in online media. 2nd wave of monitoring in 2021

Freedom of Speech Barometer for June 2021
Blogs
Sanctions against Medvedchuk’s TV channels. The first estimates
Want to learn first about the new research of the Institute of Mass Media? Subscribe to the newsletter!