Ukraine: a number of web sites were under cyber attacks 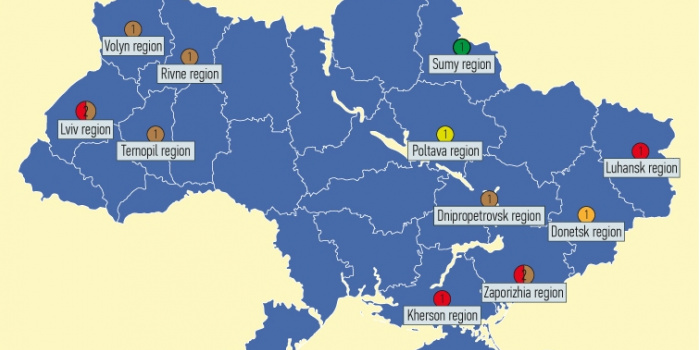 In Ukraine between 11 and 17 October 4 cases were registered in the category "Physical aggression", 6 cases of "Internet pressure", and one case as for the categories "Indirect pressure", "Censorship. Access to information", "Protection of freedom of speech".

During  a mass meeting under the flags of the party "Gromadskyi ruh Ukrayiny" at Market Square in Lviv Marta Kogut, a journalist of the Channel 24, was attacked by demonstrators. Protesters also tried to prevent a cameraman from shooting.

In Nova Kakhovka, Kherson oblast, someone threw a brick at the window of the editorial office of the newspaper "Deloviye Novosti". The brick was wrapped  in a newspaper of this editorial office with a critique on Anna Gorkun, a candidate of  district 184.

In Lysychansk, Luhansk oblast, a group of armed men from the Aidar Battalion tried to cease TV and radio company "Akcent", but the volunteers of Vitaliy Shvedov, a representative of the Anti-Terrorist Operation Command in Lysychansk, defended it.

In Zaporizhia the head of credit union assaulted Alina Syrevych, a journalist of TV and radio company "Aleks", and Oleksiy Demchenko, a cameraman of the channel.

Terrorists block websites in the occupied territory. DPR leadership (Donetsk oblast) has obliged all internet providers working in the territory controlled by the gunmen to register themselves as mass media and pay "taxes" to terrorists. Registration is carried out under the threat of physical punishment. "Unified register" of Ukrainian websites being subject to blocking is worked out.

In Sumy  the unknown jammed a broadcast of TV programs "Podrobnosti", "Podrobnosti nedeli" and "Chernoe zerkalo" on channel "Inter".

Category "Protection of freedom of speech"

In Kremenchuk, Poltava oblast, private TV and radio company "Vizyt" stopped broadcasting in protest against the authorities’ pressure. The journalists of this channel demand an independent editorial policy. 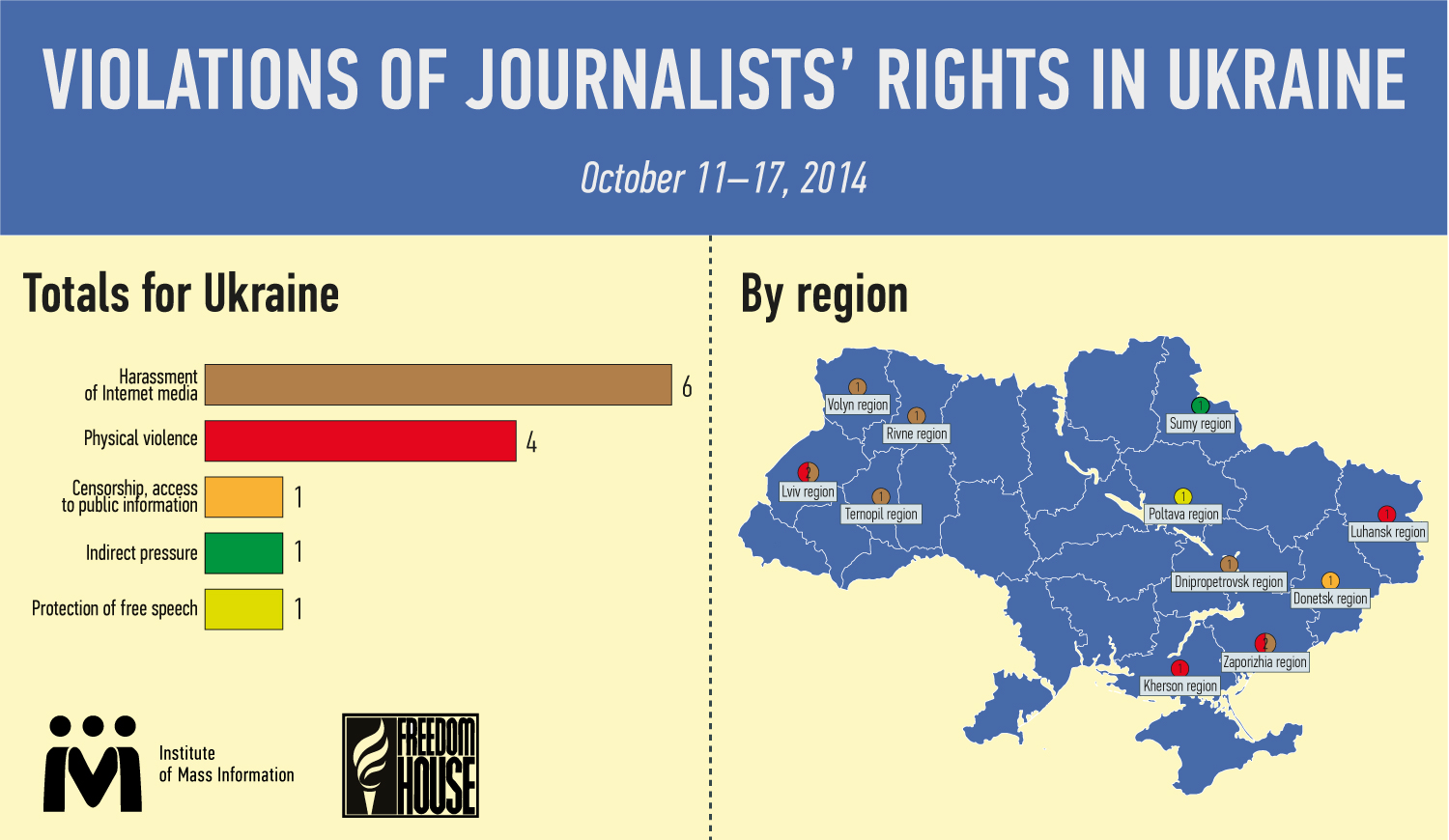