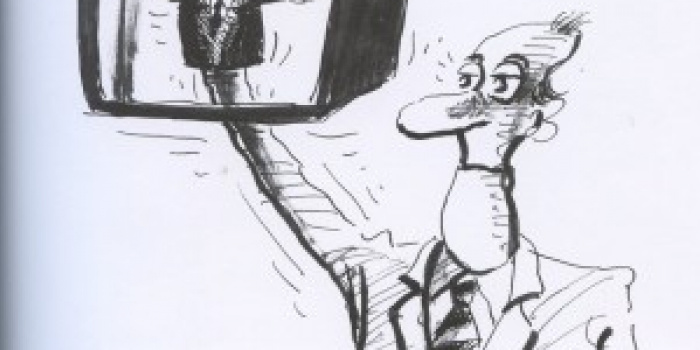 First Deputy Prosecutor General Renat Kuzmin wants to criminalize “defamation,” which, unlike libel, can include true statements. At least within shooting range of Ukraine’s Criminal Code, this would silence all those unpleasant accusations of selective justice, judicial dependence and dubious court rulings, writes Halya Coynash in an article for Kyiv Post.

The ruling Party of the Regions’ backdown last year over its controversial bill on recriminalizing libel was widely viewed as a temporary retreat in the face of mass protest. Indeed, Regions Party member of parliament Olena Bondarenko even said: “We won’t give any guarantees. It will all depend on the situation in the country”.

Judging from the latest article officially penned by Kuzmin, those in power may now have decided that “the situation in the country” requires measures to combat “defamation.”  Kuzmin was supposedly prompted to write the article in the newspaper Law and Business by “the “dangerous trend towards using the phenomenon of defamation in order to put unlawful pressure on the courts and criminal investigators.”

Fear that Kuzmin’s text heralds a new drive to criminalize libel has effectively been confirmed by President Viktor Yanukovych’s press secretary Darya Chepak. She has promised that a new libel law will not get passed without consultation with experts, Ukrainian civil society and “the international expert community.” What exactly they’re supposed to discuss is the only mystery since Ukraine’s media and civic organizations, and a formidable number of European structures and international nongovernmental organizations have already expressed total opposition to any attempt to criminalize libel.

Nor is there any chance that Kuzmin will convince them that “the situation” now demands it. Even in countries where the judiciary is not as devastatingly compromised as in Ukraine, we would be startled to hear that the courts should not be criticized because “the divine nature of the judiciary was already defined in Biblical texts” and “the Bible teaches us of the fairness of the justice system.”  We are, presumably, to understand that those who question the justice of a verdict, the independence of a specific judge or who point to politically motivated prosecutions are effectively rebelling against God.

Such rebels, incidentally, include not only imprisoned former Prime Minister Yulia Tymoshenko’s daughter Eugenia, her defender Serhiy Vlasenko and former Deputy Prime Minister Hryhory Nemyrya, but also such well-known international analysts as Anders Aslund and former U.S. Ambassador to Ukraine, Stephen Pifer.  The two international experts, we are asked to believe, have expressed their certainly unflattering opinion of Kuzmin in an attempt “to discredit the prosecutor so as to influence the investigation in favor of (ex-President) Leonid Kuchma.” Kuchma’s prosecution over the Sept. 16, 2000 killing of journalist Georgy Gongadze was initiated by the Prosecutor General’s Office only to be obligingly laid to rest by a Constitutional Court judgement in October 2011.

However the main reason why Kuzmin will not convince anybody lies elsewhere.

If in September 2012 the draft bill passed in its first reading wanted to criminalize libel, Kuzmin is now talking about “defamation.” The distinction is clear from the definition he cites. Defamation is understood to be “the public dissemination of true or made up information which denigrates the honor, dignity and business reputation of an individual or organization, shames them in the press in order to exert influence on how they carry out their  duties.”

Thus, unlike libel in Ukrainian legislation, defamatory information need not be untrue which changes the goalposts altogether. The author of the article cites numerous examples in an effort to prove that Ukraine is actually lagging behind many European countries who prosecute for defamation. It is even asserted that“the European Court of Human Rights took a tough stand in condemning defamation as an attempt to discredit the court and state authorities.”

This refers to the case of Barford v. Denmark, where a journalist had named two people and claimed that they had passed a ruling required by the authorities. The court in Strasbourg found that there had not been any violation of the European Convention since the journalist had not been able to substantiate his allegation.

Even in countries where criminal liability is still envisaged for libel, it is seldom applied. In neighboring Poland, a ruling last year against the author of a site and material against President Bronislaw Komarowski aroused heated discussion and calls for the law to be changed. Most importantly, the court of appeal on Jan. 17 overturned the controversial sentence. It found that Robert Frycz had not insulted the president and that the latter, as a public figure, must expect criticism, however harsh.

Kuzmin considers that one must fight hard against anything that could damage the standing of the courts and of the authorities. This includes accusations that the right to a fair trial of, for example, Tymoshenko and ex-Interior Minister Yury Lutsenko was breached and of selective justice in general.  Effectively all those who try to draw attention to dubious verdicts, procedural infringements, likely use of torture or ill-treatment to obtain confessions and much more, can be accused of “defamation as a method of exerting unlawful influence on the court and investigator in criminal prosecutions.”

Kuzmin is proposing to introduce an article on defamation to the Code of Criminal Offences and stresses “the need to strengthen the authority of the judiciary.”

Nor is he alone in this. On March 6, the same day that Ukraine’s High Administrative Court stripped elected opposition member of parliament Serhiy Vlasenko of his mandate, the Cabinet of Ministers supported a draft law aimed at heightening state protection of judges and imposing a ban on public officials divulging any information about judges.

So do we undermine the standing of Ukraine’s judiciary when we report that Rodion Kireyev, the young judge who in October 2011 sentenced former Prime Minister Tymoshenko to seven years imprisonment over the 2009 gas accords with Russia has been made acting head of the Pechersky District Court in Kyiv?

Or that Lilia Frolova, state prosecutor in that same case, as well as in the latest accusations against Tymoshenko, has been promoted to the position of deputy prosecutor general?  Or when the media publish photos and information about ultra-expensive watches worn by some judges and compare their price with the judges’ income?  How about when we inform of flagrant procedural infringements by this or that judge?

Of course we can try in court to uphold our right to divulge such information. We can even hope that another judge will understand what really damages the standing of the judiciary.

We can, but the number of people willing to take the risk will be extremely small, which is presumably the calculation.

Halya Coynash is a member of the Kharkiv Human Rights Protection Group. The link to this article is at http://khpg.org/index.php?id=1364178250.

Attempts to reorientate state-owned TV channels Dom and Rada are a backtracking on democratic reforms - Media Movement’s statement
News
Occupiers destroy a TV tower covering over 200 thousand clients in Luhansk oblast
RF's information terrorism – the NSDC about the surge in "nuclear" news
Kremenchuk journalists complain about not being allowed to a City Council session
NV to show press conference with Azov Regiment commanders
Do you want to be first to learn about the new research of the Institute of Mass Information? Subscribe to the newsletter!